Time to fit a single dataset

To test performance across varying dataset sizes, we sample from a two-component inverse Gaussian mixture model with known parameters. Only a single dataset is fit. 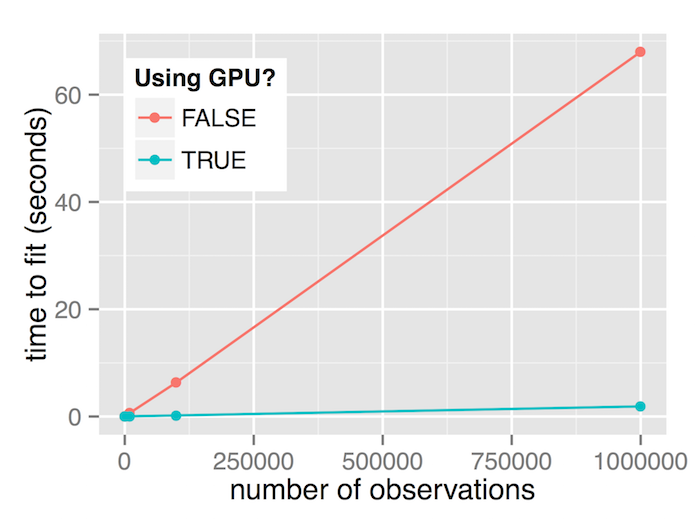 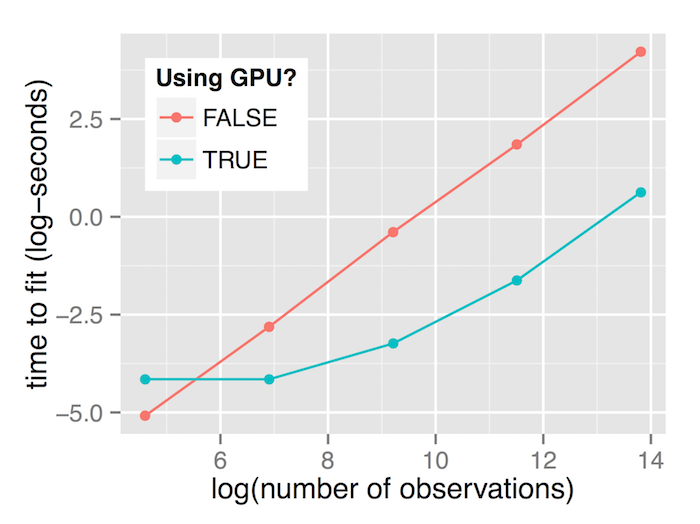 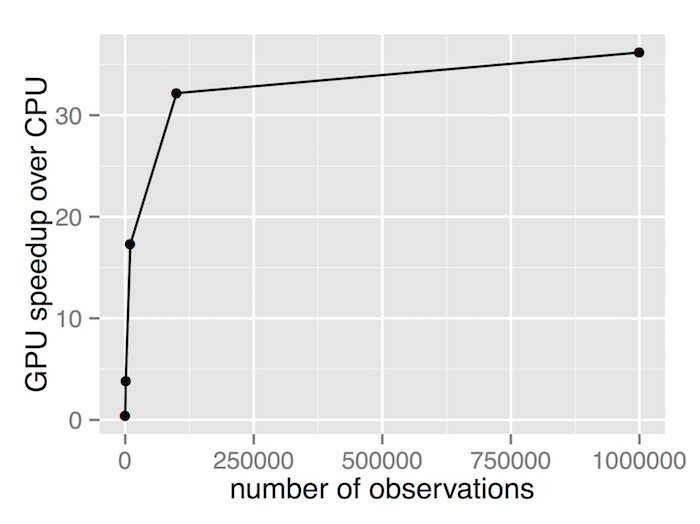 On the test hardware, we see that the GPU is slower for small dataset sizes (100 samples) but outperforms the CPU for larger dataset sizes. For datasets with 1 million samples, the GPU runs around 36 times faster than the CPU.

Time to fit many datasets

In this case, the dataset size is held constant (2000 samples) and we fit many datasets simultaneously, generating them in the same way as for the single dataset case. 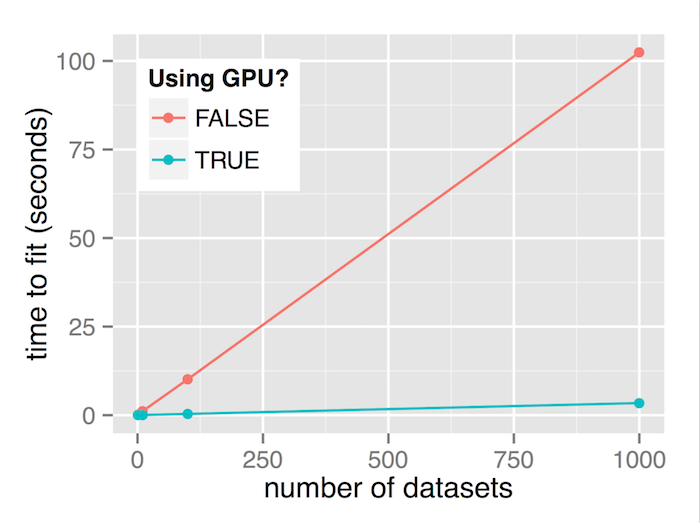 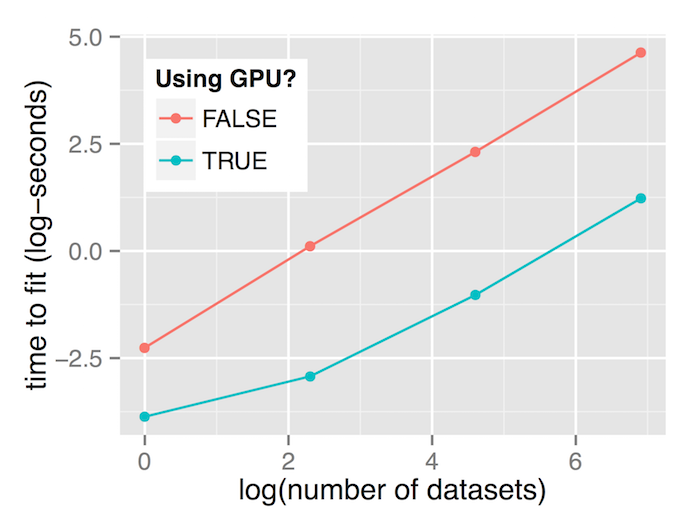 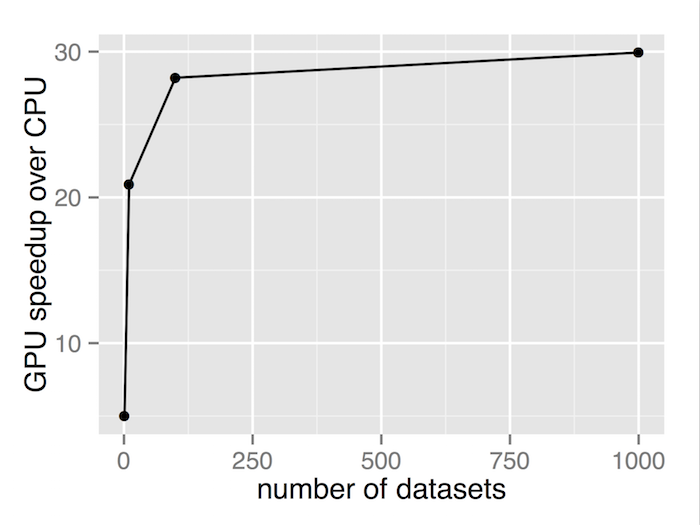 We see similar results – the ratio of GPU-CPU performance increases as the number of datasets increases. When 1000 datasets of 2000 samples are being fit simultaneously, the GPU runs around 30 times as fast as the CPU.

Comparing performance of CPUs vs. GPUs is somewhat unsound; there is no obvious way to say “this CPU is equivalent to this GPU”. Most papers, including this one, compare performance using whatever hardware the author had available at the time (Gillespie, 2011). No effort was made to optimise the CPU implementation, while significant time was spent optimising the GPU implementation, an issue discussed in depth in (Lee et al., 2010).

Fortunately, services such as Amazon EC2 (Services, ??) provide an alternative way to compare the CPU and GPU approaches: cost of rental. For a given price, one will be able to rent a certain amount of hardware which will perform the desired computations in an amount of time. Both CPU and GPU time can be rented. A fairer way to compare the two technologies is the cost to perform your computation.

A summary of the machine configurations is available at Services (2015). For reference, ECUs are a measure of allocated CPU capacity. The US East region was selected as it is generally the lowest priced.

For the CPU implementation, we selected a c4.large instance as they provide the best price-performance ratio at the time of writing (eight ECUs and two CPU cores at USD$0.116/hour as of 2015-06-09). t2 instances are not suitable as they provide ‘burstable’ CPU performance; they are not intended for long-running jobs. This machine has two CPU cores, but the R implementation will only use one. As there are no dependencies between datasets, we will assume that additional CPU cores will provide a linear speedup (that is, with appropriate software, we could obtain double the performance with double the CPU cores). The rationale for this is explored further in the linear speedup assumption. Also note that pricing for c4 instances is close to constant per CPU core and ECU allocation; the cost-to-fit ought to remain constant regardless of instance choice.

As before, all datasets contain 2000 randomly generated samples.

For the large dataset test, we obtain the following results:

For sufficiently large problems, the GPU instances can perform the model fits at roughly half the price.